02 Mar / Dianova participates in the 63rd Session of the CND 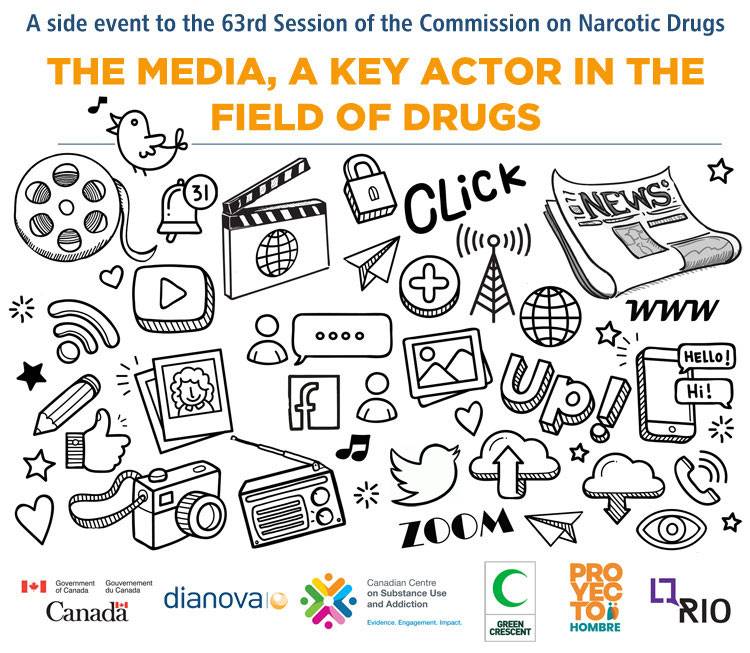 At the 63rd Session of the CND, Dianova organizes 3 sides events

At The United Nations UNODC 63rd Session of the CND, in Vienna, Dianova organizes 3 side events over the issues. The media, a key actor in the field of drugs.The obstacles women face when seeking treatment for substance use disorders. And The integration of evidence-based addiction treatment programmes in health systems.

Torres Vedras, 2 March, 2020. The 63rd Session of the CND (Commission on Narcotic Drugs), the UN central drug policy-making body, takes place from 2 to 6 March in Vienna, Austria. Representatives of Member States, UN agencies, supranational organizations, and the academia, civil society organizations will also be present. Including Dianova International on behalf of its members from the international network like Dianova Portugal.

Among the many topics discussed this year will be the implementation of international drug control treaties. Including, more specifically, a vote on the classification of substances. Member States are expected to discuss the inclusion of 13 new substances under international control. However, the most important issue in this regard will be the reactions of Member States following the WHO’s recommendations. Specifically, that cannabis and associated substances, hitherto placed in the most restrictive class, Schedule 1, be rescheduled in the international drug control framework.

From Dianova’s point of view, another key item on the CND agenda is inter-agency cooperation within the United Nations system. In this regard, Dianova calls on Member States to give greater visibility to the UN common position on drug control policies.

Adopted in November 2018, this document promotes effective inter-agency collaboration and advocates more realistic and humane objectives. including, particularly, the decriminalization of drug possession for personal use, among others.

The Agenda 2030 and the #ODS Health, Education and Partnerships

The CND’s contribution to the 2030 Agenda for Sustainable Development will be discussed on Friday. As a functional commission of the Economic and Social Council, the CND reviews its contribution to development goals on a yearly basis. Dianova and other civil society organizations deem it to be an essential undertaking. “Leaving no one behind” is the pledge of the 2030 Agenda that unites the international community. Thus, Dianova urges the CND and Member States to implement global and national drug policies oriented towards the development, health and well-being of affected communities and drug users.

In addition, the CND will discuss five resolutions on various topics. First, improving data collection and analysis. Secondly, promoting training in the availability of controlled substances for medical and scientific purposes. And last but not least, involving youth in the field of prevention.

Dianova will be especially active this year. Our representatives participate in three side events to the CND session.

> The first one will address the issue of the obstacles women face when seeking treatment for substance use disorders. With a presentation by one of our representatives (Tuesday, March 3, from 9 to 10 a.m. – room MOE).

> The second event, in the association Proyecto Hombre, focus on the integration of evidence-based addiction treatment programmes in health systems (Wednesday, March 4, from 8 to 8:50 a.m. – room A). It should be noted that Dianova signed a written statement on this topic, endorsed by more than a hundred organizations.

> Finally, the last event, co-organized by Dianova and the Government of Canada among others, focusing on Media. A key actor in the field of drugs (Wednesday, March 4th, from 8 to 8:50 a.m. – Room M7).

Speakers will first highlight how the media tend to feed a negative social perception of drugs and drug users. Expressively underlining how the media can help preventing problematic alcohol and drug use, promote the right to health, and reduce the stigma experienced by people who use drugs

In this regard, Dianova also submitted a written statement calling for greater coordination to harness the power of the media to these ends. This statement is part of the official documentation of the session.

View side events flyers at the 63rd Session of the CND

The media, a key actor in the field of drugs.

Evidence-based treatment as an integral part of the health system.

The obstacles women face when seeking treatment for substance use disorders.

Lastly, as a member of the Board of the Vienna NGO Committee on Drugs (VNGOC), Dianova representatives will participate in a diversity of activities. On one side, the welcome briefing and the informal dialogues of the session. It also attend the General Assembly meeting. And finally, an event organized with the aim of facilitating their exchanges and finding a common basis for action. This first event will be devoted this year to prevention.

In conclusion, we would like to point out that Ms Ghada Fathi Waly will make her first public intervention since her recent appointment as the new Director of the United Nations Office on Drugs and Crime (UNODC).