17 Jul / Stigmatization of People with Addictive Disorders in the Media 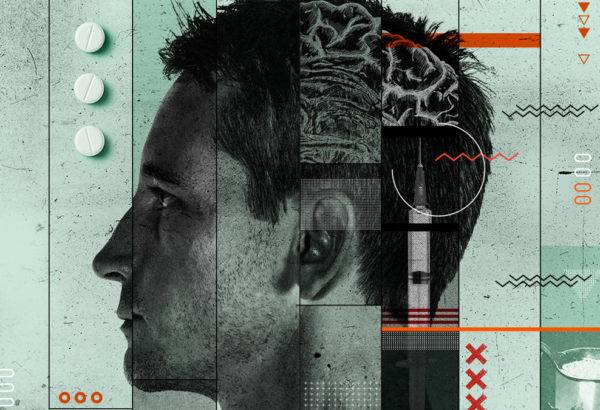 Stigmatization of people with substance use disorders

According to the 2018 World Drug Report of the UN Office on Drugs and Crime (UNODC). About 275 million people worldwide, which is roughly 5.6 per cent of the global population aged 15–64 years, used drugs at least once during 2016. Some 31 million of people who use drugs suffer from drug use disorders. Meaning that their drug use is harmful to the point where they may need treatment.

Despite the extent of this public health problem, people facing addictive disorders[1]  must face a highly stigmatizing moral judgment from society as a whole, particularly with regard to people who use illicit drugs. According to World Health Organization, addiction to illicit drugs is the most stigmatizing condition[2]; people with problematic alcohol and other drug use experience stigmatizing or discriminatory attitudes on a daily basis. These experiences can be highly distressing and can result in people feeling shame, guilt, anger, rejection. Also a sense of worthlessness or hopelessness which can in turn trigger further alcohol or other drug use and other forms of risky behaviours.

Stigma in the media

Media has a strong influence how the public perceives drugs. Unfortunately, drug stories in newspapers and magazines, movies and television dramas, and talk shows frequently portray “drugs” as instantly addictive, impossible de resist, and sure to bring violence, depravity, and economic or social ruin. Even the best-intentioned media that ostensibly want to help “addicts” often perpetuate common beliefs such as the need to hit “rock bottom” before accepting treatment, or the need for “tough love” in confrontational interventions.

Media is a reflection of a society that deeply stigmatizes people with substance use disorders. Many of them tend to address information related to addictions from a negative, condemnatory and moralizing approach. This situation does nothing but feed the prejudices around the person with problematic uses of alcohol and other drugs, who is considered a criminal in the social imaginary and, accordingly, treated with contempt.

Two narratives of drugs and people who use them have been dominant in the media: one links drugs and crime, with various perspectives of violence, public disorder, poverty and trafficking, but leaving aside any social or psychological aspects; the other portrays as inevitable the devastating consequences of drug use on an individual and their immediate environment.

The language used when talking about or referring to people who use drugs has a tremendous impact on how they view themselves and how they are viewed by others. Words such as “addict” or “former addict” are endowed with a negative charge which contributes to raise a wall preventing those concerned to seek help or resume their life with a certain degree of “normality”. In this sense, public opinion and media representations reinforce each other while contributing and perpetuating the stigma associated with drugs and the use of drugs. No condition is more stigmatized than “addiction”.

The public perception is that drug use, including problematic drug use, is a choice and that people choose not to control it, and therefore, the general public does not allow for the presence of any mitigating factor.

Nine tips to help remove stigma in the media

When sharing information on drugs, it is important that journalists distinguish the different types of substances (opiates, amphetamines, cocaine, cannabinoids, etc.) and their effects. It is also crucial to distinguish between “use”, “abuse” and “addiction”, which are three different situations that most people tend to confuse.

Substance use (also including tobacco and alcohol) refers to consumption that does not cause behavioural or health disorders.

Abuse poses risks to the health (physical and mental) of users and the health of their surrounding environment.

Addiction causes the user to lose their freedom to make choices. It is considered an illness by the World Health Organization (WHO). Individuals with substance use disorders make the use of alcohol or other drugs an essential part of their lives and focus all their actions in the objective of using substances.

Media portrayals of the “drug problem” often link it with violence, crime, drug trafficking, and poverty. Television dramas reinforce the link between the people who use drugs and criminality. The media should convey that the problematic use of psychoactive substances or drug addiction is not always related to criminality.

Most information spread via media focuses on drug-related crime and their legal consequences. This only decontextualizes the problem and reinforces the belief that drugs are associated with lower socio-economic groups. It is important to emphasize prevention, health, treatment methods for overcoming addiction and other programmes.

Terms such as “vice”, “business”, “delinquent”, “junkie” and “evil” encourage society to fear drugs and see them as a potential threat. Parents are especially worried that their children may be “induced” to use drugs. Fear causes society to reject people with substance use disorders and people who have recovered from an addiction problem. They are all viewed as “responsible” for their own problems and as a potential bad influence.

Society already applies a negative connotation to drug addiction, such as “drugs kill”. The role of the media is not to reinforce this image but to present the reality of addiction objectively. This means providing context and documentation, and avoiding moral judgments or prejudices.

The media has an informative role and its work also contributes to educating the public. Media contents should show the circumstances in which a person is more likely to start using drugs:

– Family factors: environments that are permissive or too rigid, parents with addictive disorders, dysfunctional families, child abuse and neglect;

This recommendation is based on tip number 3. The dissemination of journalistic content from a human perspective and with personal stories will help people understand the situation better. That perspective can better convey the fears of individuals with addictive disorders. Such as fear of losing their job, family rejection or social isolation. More humane contents can explain stigma and focus on the importance of self-esteem; they also are more likely to raise awareness of the reality of addictive disorders without re-victimizing those concerned.

The immediacy of information generally prevents the media from delving into the complexity of a situation. The media usually shows quantitative, hard data, such as the money value of drugs, or lurid details like “she was found dead in a luxury hotel bathtub” or “found with a needle in his arm”. The media must be responsible and careful not to use dramatic headlines, pictures and lurid stories which only reinforce stereotypes.

As in politics, the economy, entertainment and world affairs, coverage of addiction disorders requires dedicated, specialized journalists. Reporters must understand the various problems caused by substance use and other addictive disorders. That including the different types of drugs, their uses, and their biopsychosocial consequences, in addition to effective preventative measures.

The media should take a different look at addiction disorders drug use and drug policies instead of relying on traditional narratives.

The media can in particular play a significant role in combating drug-related stigma and discrimination. While focusing more widely on the failure of the “War on drugs” and the need for new approaches.

[1] Even though stigma can affect all addictive disorders, it is nevertheless much more widespread in the case of people experiencing problematic alcohol or other drug use (substance use disorder), which is why this document focuses primarily on this population.

[1] According to a study by WHO in 14 countries, analyzing 18 potentially stigmatizing conditions – Source : Stigma, social inequality and alcohol and drug use (2008) – Robin Room et al. Online access, 16 June, 2018